💯 one weird year, one hundred books

Like a lot of people I used to read a lot when I was a kid, and then life, work, the internet, the pub got in the way. About five years ago I got a kindle, and have read more since then. After reading a lot in 2019 (43 books) I set myself the goal of 52 books in 2020. I wanted to read a book a week. Then the pandemic happened. when I hit my target for the year in July, I began to wonder what was possible. I finished my 100th book for the year in the afternoon of the 31st December. It felt pretty good.

If you want to follow me on goodreads, I am here

having a kindle is the main factor. I read every day, usually at least an hour before I go to sleep. I belong to a library that allows me to borrow ebooks and send them to my kindle, which has been just wonderful. also apart from my job I have very few responsbilities, which is a huge help in getting lets of reading done 🙃.

what did I read 📖

Mostly fiction, I tried to keep a balance between more literary fiction and mystery thrillers (I love mystery thrillers). In the Autumn I went through the Booker Prize longlists of the last decade and read a good few books from those that I found interesting. I’m in a book club so a few books were chosen for that.

The absolute runaway winner of the non fiction I read this year was Say Nothing by Patrick Radden Keefe, an unbelievably well researched and written narrative history book about The Troubles. It’s a subject I knew shamefully little about going in, and this book taught me so much about the conflict, the people involved and their humanity. Read it now.

Also great was The Outlaw Ocean: Journeys Across the Last Untamed Frontier, a great collection of journalism about weird stuff that happens at sea - from illegal fishing to micronations and Sea Shepherd.

Other honorable mentions: Uncanny Valley by Anna Wiener, a memoir about living in San Francisco and working in the tech bubble. Notes from an Apocalypse by Mark O’Connell, about how different people around the world cope with the idea of impending disaster. I finally read A Moveable Feast by Ernest Hemingway, Hemingway’s memoir about his life in Paris as a young man. It was wonderful, so realistic and immediate. I felt like I was there in Paris with Hemingway, slagging off Ford Madox Ford behind his back.

Two of my favourite books were almost painfully realistic and relatable campus novels. The first Real Life by Brandon Taylor, is about a queer black southern PhD candidate at an unnamed but pretigious Midwestern university and his feelings about belonging there. The second, Apartment by Teddy Wayne is the story of an intense friendship between two young men in the Columbia MFA program in New York in 1996, and the simmering tension of their very different class upbringings.

The Prettiest Star by Carter Sickels is a heartwrenching story of a young gay man who escaped his small Appalachian hometown for New York City but returns there in 1986 when he knows he is dying from AIDS. It taught me lots about the 80s AIDS epidemic, and is a beautiful and sad exploration of families, acceptance, queer communities and smalltown life.

I don’t need to say much about Girl Woman Other that hasn’t already been said but the main thing that blew my mind was how a book filled with such interesting ideas and though-provoking concepts could be so readable and so funny at the same time.

Also not much for me to add to the existing praise but Shuggie Bain is absolutely incredible. A really visceral read.

which of the approximately 50 mystery thrillers I read this year did I enjoy the most? I’m picking three:

firstly, it’s two books but they go together - the first two books in the Claire Dewitt series by Sara Gran. Claire DeWitt and the City of the Dead is about a detective who goes to New Orleans and is tasked with finding a man lost in the aftermath of Hurrican Katrina. It’s an easy read and an interesting mystery, but it’s also a strange and mystical book about the concept of detection, the role of the detective in society and the nature of truth.

I finally read my first Jame Ellroy book and started with The Black Dahlia. It was such a wild ride of clues, and suspects, and really remarkably spicy 1940s language. I loved it and I can see why he’s the OG of 20th century detective fiction.

When No One Is Watching by Alyssa Cole is a brilliant thriller about a woman who notices suspicious happenings and disappearances in her rapidly gentrifying Brooklyn neighborhood. Before I read it I saw it described as being like Get Out and I think that’s a fair comparison.

I read two books by Lucy Foley this year, and they were both fun modern takes on Agatha Christie stories - get a bunch of people to a remote location, kill one of them and work out which of their friends’ dark secrets is the motive for murder. The Hunting Party was great.

what’s it like to read 💯 books in a year

Really fun! I probably watched less TV than I would have done otherwise - I don’t think reading a murder mystery is intrinsically better than watching one, it was just nicer to stare at my Kindle screen rather than the TV.

It got a little bit stressful towards the end - I think I didn’t absord as much of the last five books I read than I did the first five - the added pressure of the numbers got quite intense. it definitely influenced what I read towards the end - I made sure I picked up shorter books and put longer books I really want to read (hi John Cooper Clarke!!) at the bottom of my reading list.

I’ve set myself the 50 book target again and I think that’s plenty. I want to read lots more nonfiction, interspersed with, you guessed it, mystery thrillers. the plan is to feel fine if a book takes me a couple of weeks to finish as long as I’m enjoying it. who knows, maybe i’ll fit in Infinite Jest somewhere along the way. 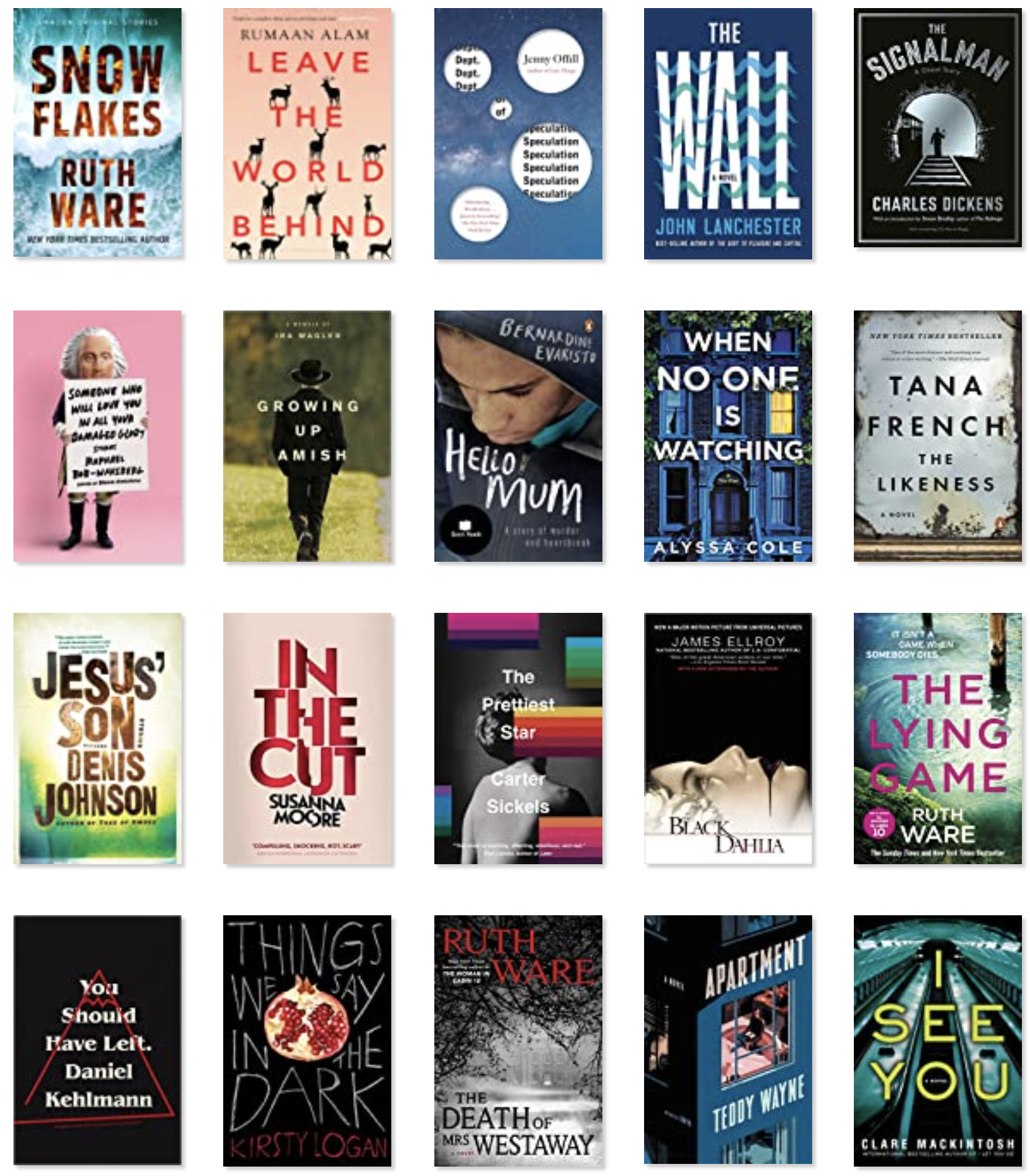 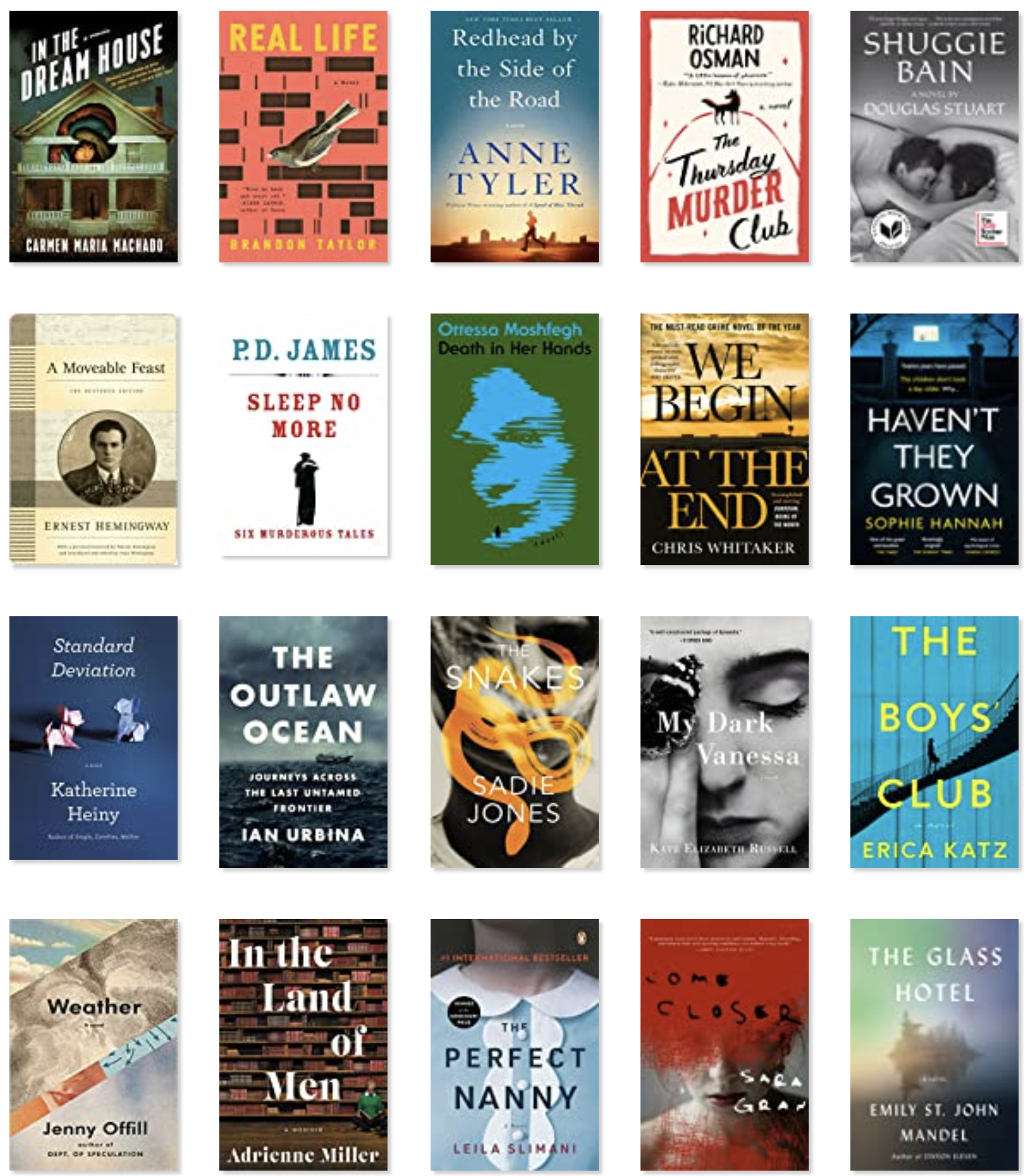 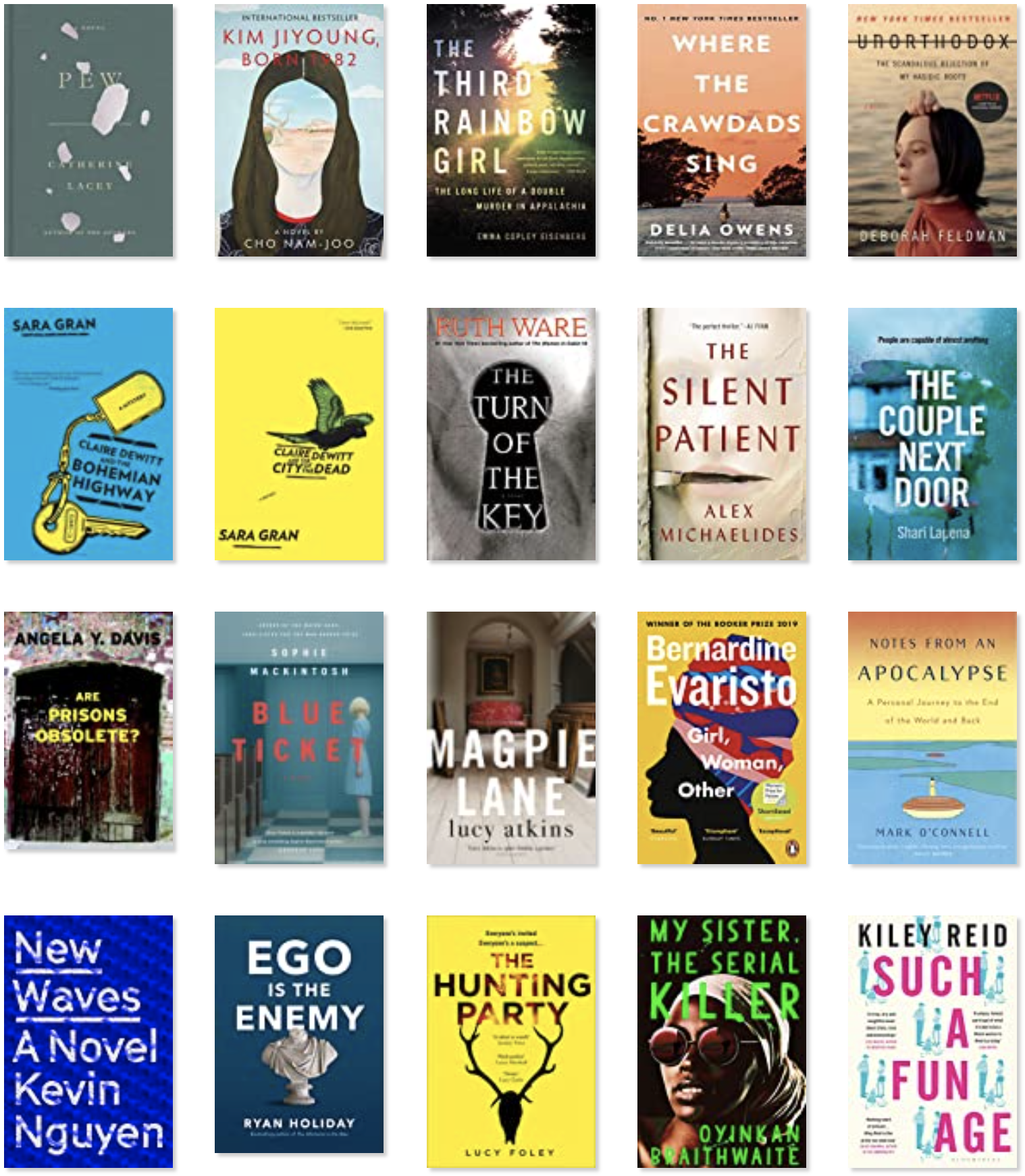 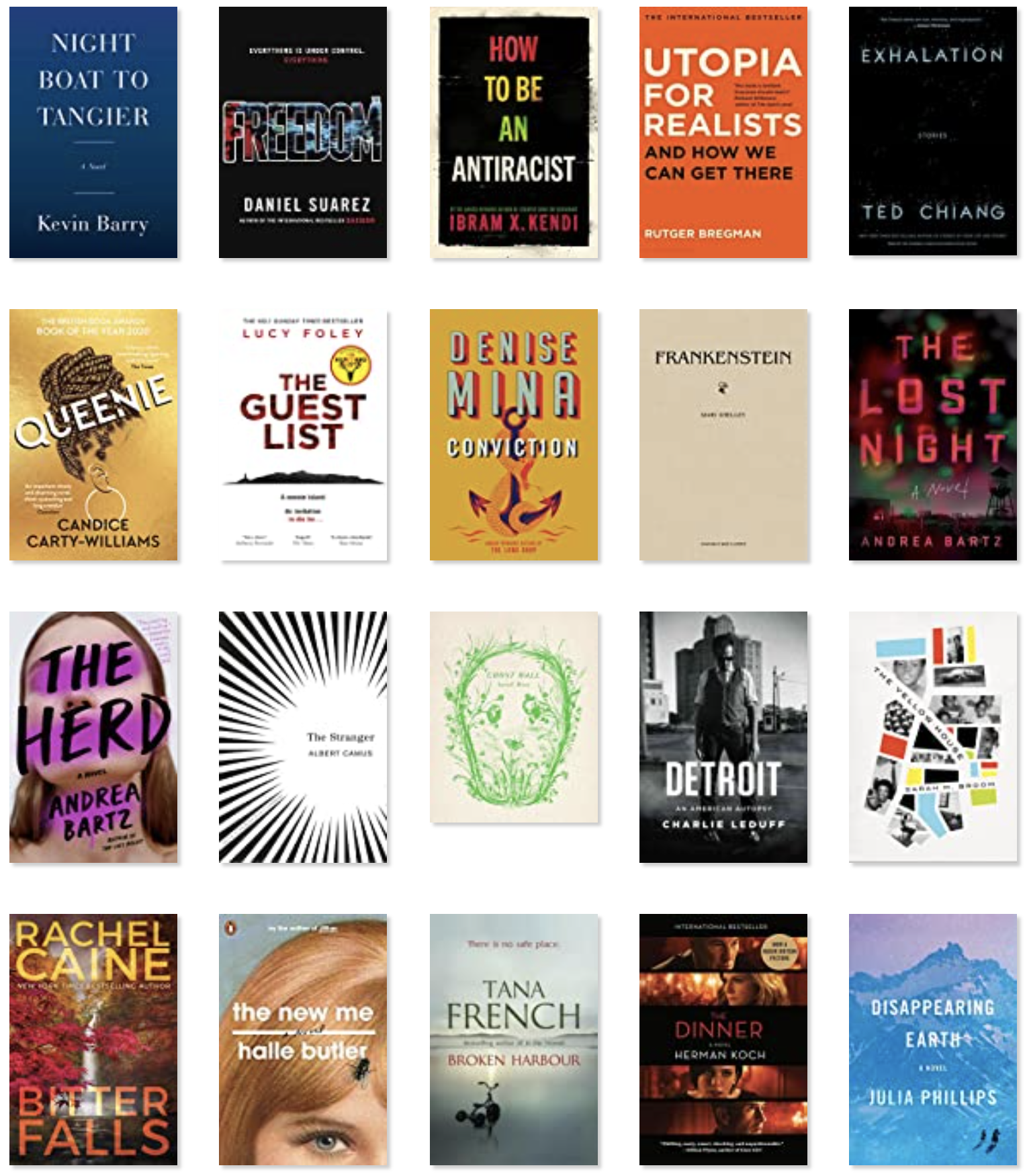 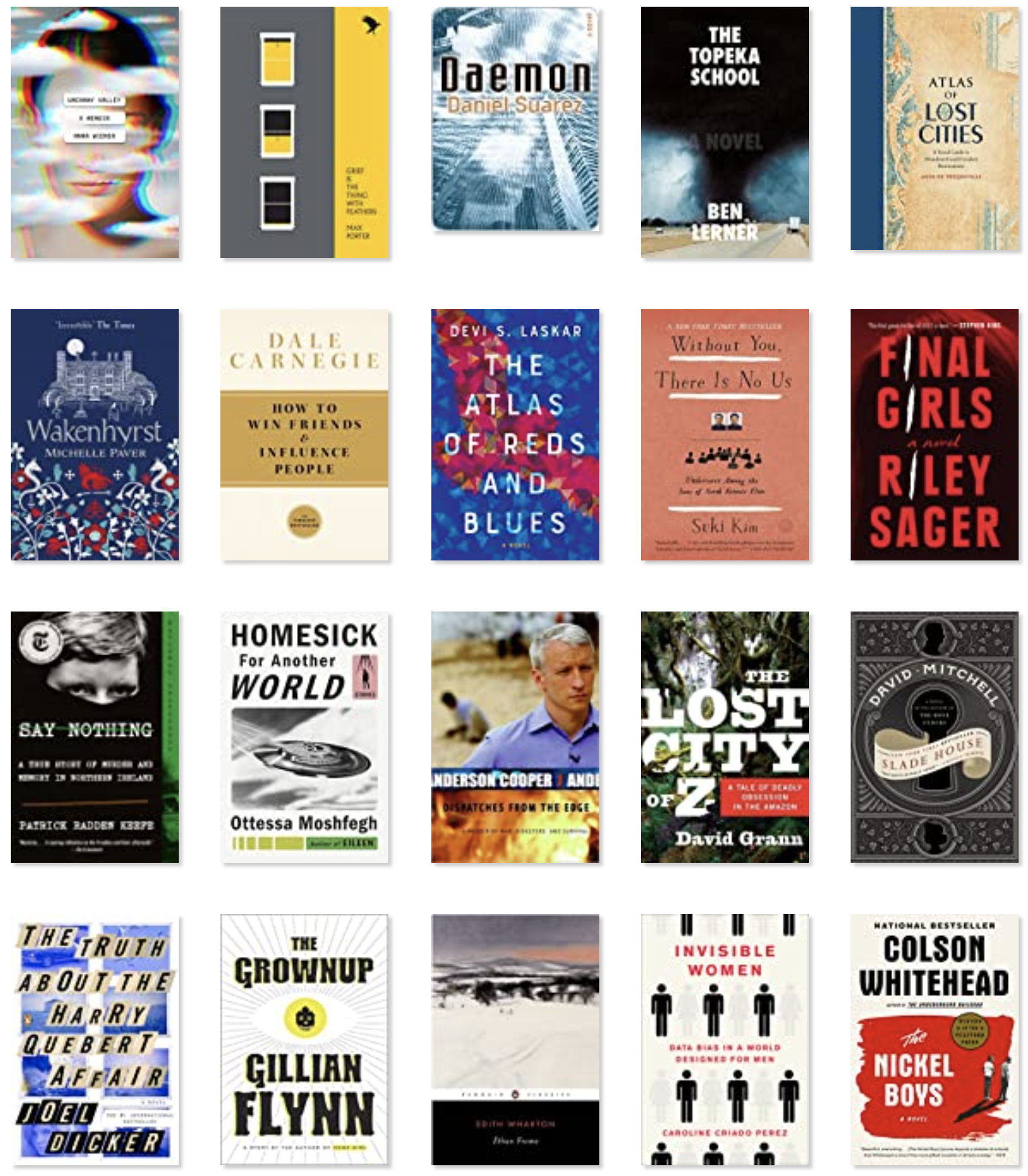